There I was, standing at the bus stop, listening to Heavy Metal on my Walkman. All of a sudden, a profound realization hit me...

I had disconcerting worries behind my misery, to be sure.

For example, mom had recently dosed herself with a ton of pills, leading to an extended stay in the psych ward. My father drank like a maniac, and I was often left to fend for myself.

That, or I had to live in a foster home.

It seriously cramped my style, not to mention studying boring topics in a school filled with teachers I neither liked nor respected.

(I feel grateful for them now, though, and wince at my youthful ignorance and all the learning opportunities lost.)

But these dark matters were something different.

My ugly mood had nothing to do with anyone else. It was a darkness within me, and me alone.

To cope, I took solace in booze and drugs. Fourteen is way too young for that stuff, but with no one watching over me, the Kingdom of Reckless Trouble was mine. All mine.

Of course, it wasn't long before I was in the hospital too.

Whacked out on LSD, weed, cocaine and ecstasy all at the same time, the emergency room doc gave me a fat dose of charcoal and sent me and my splintered personality out the door.

That's when the panic attacks started. I'd be sitting in math class when an iron cage would wrap itself around my lungs. I'd sweat profusely and feel like my mind itself was on fire.

One day I ran out of class, out the building and into the nearby church.

I sat in the congregation gripped with fear as I stared at the cross, hallucinating that it was covered in snakes.

The youth pastor found me and took me under his wing over the weeks to come.

Just counseling through the fallout of my psychotic episode with too many drugs and the inner darkness that had propelled it.

When he learned that I was a voracious reader, he gave me books.

One, in particular, would change my life.

Better than that, it helped me develop the ability to keep changing it.

How To Deal With The Hard Times

Sure, there were rough times yet to come. Far harder than a 14-year-old kid could ever imagine!

And I would sometimes lose track of the lessons I learned from that book. I would backslide until I found a way to return to its fundamental teachings.

But over time and after many experiences, that book expanded into several books. Then dozens of books, eventually bridging into the hundreds.

They get a lot of flack.

And sometimes for good reason.

For example, many contain fluffy ideas, quasi-science and bizarre religious interpretations even stranger than the strangest of things stranger than fiction.

Some of these books also include useless exercises, like focusing on impossible to achieve images of yourself in a perfect state of fitness. For example:

Picture yourself placing your jogging shoes beside your bed. And then actually put them there.

Imagine yourself putting them on and then actually out them on.

This is the art of taking micro steps, imagining what's achievable right now.

It's a lot better than the frustrating picture of an outcomes so many books teach you to imagine, don't you think?

So I'm not wet-eyed or naive when I read these books. But the seeker and the scholar in me minded out every diamond, and I've dug through a few of them three times or more.

Not because I can't remember the stuff.

I listen repeatedly to keep the ideas fresh. To keep the rich soil of positivity on my fingers.

And yes, tough times still arise. Miserable times when the darkness can be hard to shake.

But I have tools now. Lots of them. Relief is never far away.

⊕ How to correctly journal so that it's almost impossible to forget just how great your life actually is!

⊕ The secrets of proper sleep.

⊕ Fitness principles that never fail to boost mood and build-in their own consistency so that it's difficult to give up on yourself, even when you feel like you're getting nowhere.

⊕ The quickest path to developing and maintaining a personal philosophy that responds to the issues life throws at you with speed, accuracy and self-correcting measured when necessary.

⊕ Laughter-based meditation techniques that reduce the psychological burden of everyday life, increase concentration and make everything in life so much easier.

You're Already Enlightened.
You Just Need Someone To Show You
How To Recognize The Signs ...

People ask me all the time about how I get so much done, especially given the challenges I face.

Well, I'm poised to get even more things done in the following year, and these are the best "tricks" I know for keeping ahead of the darkness.

Because, yes, I still suffer.

That's because I've developed the lifestyle habits that make it difficult to fail.

No, success is not easy. But with the right stamina, the right fire under your backside, giving up is never an option. And moving continually forward always feels mighty fine.

In fact, progress is the most exquisite feeling in the world. And this special feeling can be multiplied.

So to help those who ask me about how I do what I do I've developed a "bite-sized" audio program called.... 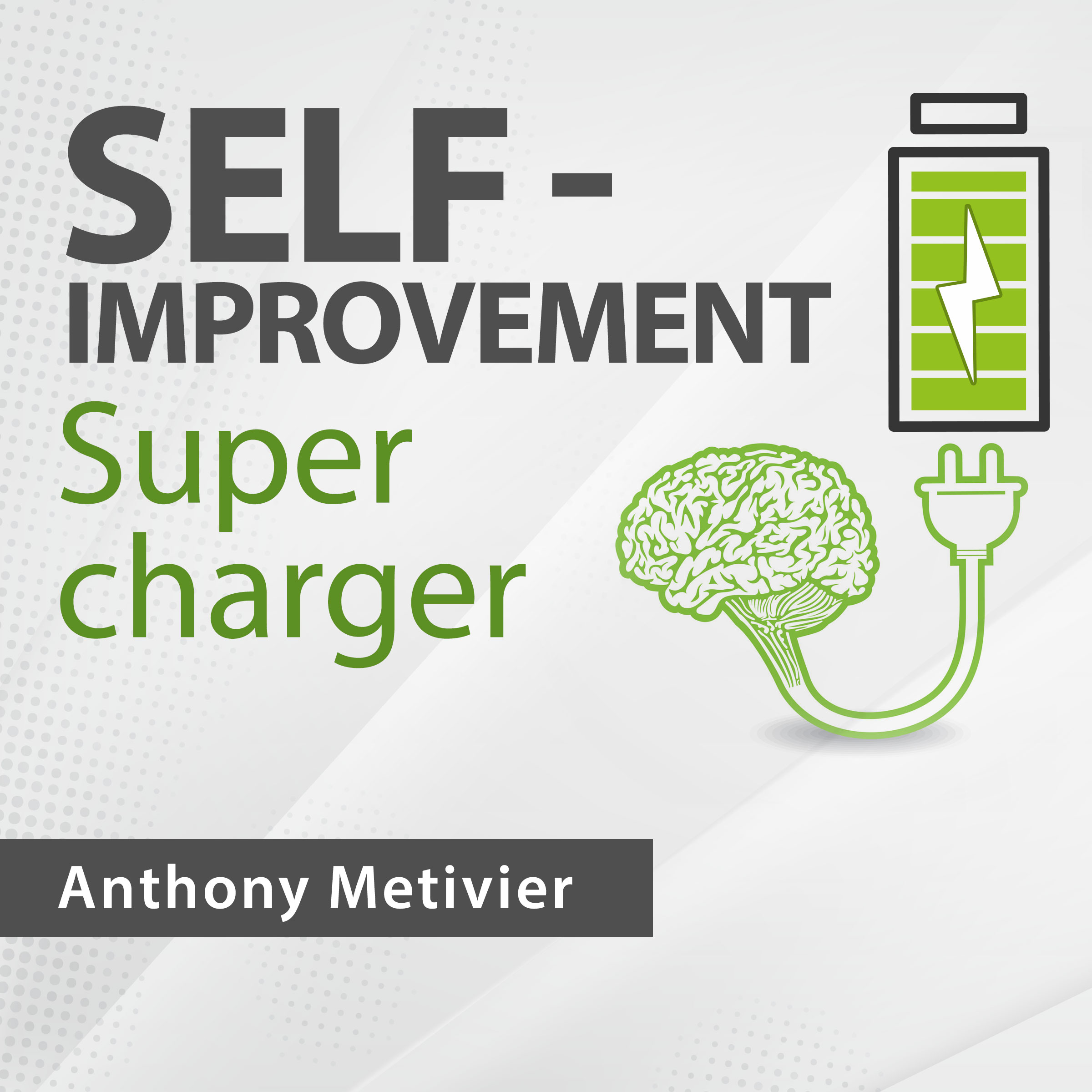 It's an audio program.

Because that's how I learned the quickest during all the years I studied how to help myself improve and maintain every area of my life when it comes to:

In The Self-Improvement Supercharger, I've bundled all of this up ...

You'll Also Learn How To:

⇒ Find more time for doing what you love instead of pouring it all down the drain.

⇒ Manage stress better so that you stop feeling like you're being split in half and pulled from every direction.

⇒ Stop procrastinating so you can look back at the end of every day and see a list of substantial accomplishments.

⇒ Improve relationships so that doubts and concerns about hurting the people you care about stops taking up precious mental space.

⇒ Learn faster so that you have more knowledge to enjoy and build upon as you develop your future.

⇒ Start living life to the fullest so that not another second gets wasted on suffering and misery. 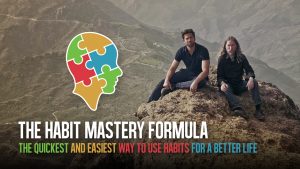 This revolutionary video course was shot in Gran Canaria, Spain, with Jimmy Naraine.

In this fast and easy to watch video course, we’ve created a plan for how you can evolve from struggling to get things done to absolutely mastering your ability to complete any project.

In addition to giving you the tools you’ll need to start a business and see it through to the routine sprint stage, The Habit Mastery Formula  shows you:

* How to regularly find people who will increase your intelligence and help you turn your dreams into reality.

* The truth about following your bliss in a world that will always come with the realities of paying your dues (and the electricity bill).

* The real definition of “peak experience” and how to feel at the top of your game every day.

* The keys to enjoying “nearly” every moment in life. (No, we don’t sugar coat or gloss over problems. We embrace life’s troubles and show you how to do the same!)

* How to leave conflict, fear and anger behind you so you can be fully open to a bright and creative future.

* The root of stress in life and how to root it out.

* How to get things done so you can live a life full of freedom, compassion and joy. 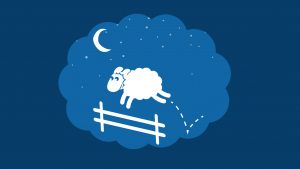 This exclusive Ebook teaches you:

In this Ebook, you'll find ideas that will help you tackle just about every sleep issue you'll ever encounter.

So there you have it.

If you're as serious about improving yourself as I think you are, I know you will be astonished by what my gentle, but firm "push" to become a better version of yourself will do for you.

Test-Drive The Self-Improvement Supercharger For A FULL Year Before Making A Decision!

Is this program as good as I say it is?

Find out for yourself because you get my 100% guarantee that you will experience a shift towards a better version of yourself, or I'll refund your investment.

You have a full 365 days to check out the material... and if any point you decide it's not for you, simply send me a quick one-line email and I'll promptly refund the investment. Fair enough?

No hassles. No hard feelings. In fact, I want you to return this if you don't think you'll get any value from this.

But I don't think this will be the case. I can almost guarantee that if you take action and employ just some of the secrets you'll find in the Self-Improvement Supercharger, then you'll get your investment back a hundred times and MORE. 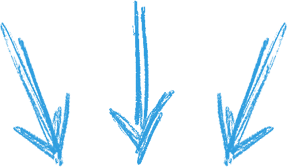 I know that every moment I'm not taking action the value of my life is decreasing - unless I'm doing specific things to ensure that I develop skills and a personal philosophy that will NEVER leave me once I've developed it.

I know that my investment is a FRACTION of the cost you paid in blood, sweat and tears to gain these insights.

I know that if I'm not the least bit satisfied, I can request a FULL refund within 1 year of purchase if necessary. So there's no way I can make a mistake here because I can basically try out the Self-Improvement Supercharger for free.

I know that this offer is only available for a limited time so please open my access immediately so I can dig into every secret and strategy available to me starting today.

And, Yes, Anthony, I Want To Discover How To Live A Better Life And Do It Now Without The Wishy-Washy Nonsense Of "Gurus."

(that's just pennies a day for a year)

P.S. If you're not implementing specific life strategies based on a solid mindset, you are truly missing out.

You can spend your entire life merely eroding ...

... or you can treat yourself like the true asset you are. I've gathered the "best of the best" when it comes to self-improvement and you can get this program that will allow you to develop an effective life strategy right away.

P.S.S. The #1 response I hear from people who want to live a better life is:

"I'm already doing all I can just to survive!"

That's great, but what if you could make a few simple changes and THRIVE?

The Self-Improvement Supercharger gives you the tools you need to ensure that everything you do nurtures the amazing future you deserve.

You just need to learn as much as you can about how to get it and take action. Movement based on knowledge takes the pressure off of you. In just over six hours from now, you'll have stopped worrying about stagnation and started living at a much higher level than you have ever imagined possible.

Order now through this Secure Server and get instant access!

* IMPORTANT: The Self-Improvement Supercharger makes no medical claims. You must consult with your medical practitioner before pursuing any suggestions discussed in the program.